News Corp is a network of leading companies in the worlds of diversified media, news, education, and information services.

TV COMPANIES Sky Sports and BT Sport could broadcast all the remaining Premier League games  event those played behind-closed-doors on Saturdays at 3pm.

The league is currently suspended until April 30 due to the coronavirus pandemic, which has forced the UK to go into a nationwide lockdown.

Premier League bosses still want to finish this season and could have to cram a bunch of fixtures together in a short period of time to ensure the campaign is decided.

But with the games due to go ahead without fans in attendance, The Mirror report Sky Sports and BT Sports are discussing relaxing the blackout on televising Saturday 3pm matches.

It will prevent fans from attempting to get near the stadium, which in turn would help the police and emergency services who would otherwise be on the streets stopping supporters from turning up to grounds on matchday.

Despite the league prohibiting Saturday 3pm matches from being shown on TV in an attempt to keep ticket sales alive, failure to finish the season could cost up to £700million.

Finishing the term behind-closed-doors with fans given the option of watching whatever game they please by red button could ensure huge cash sums are not lost. 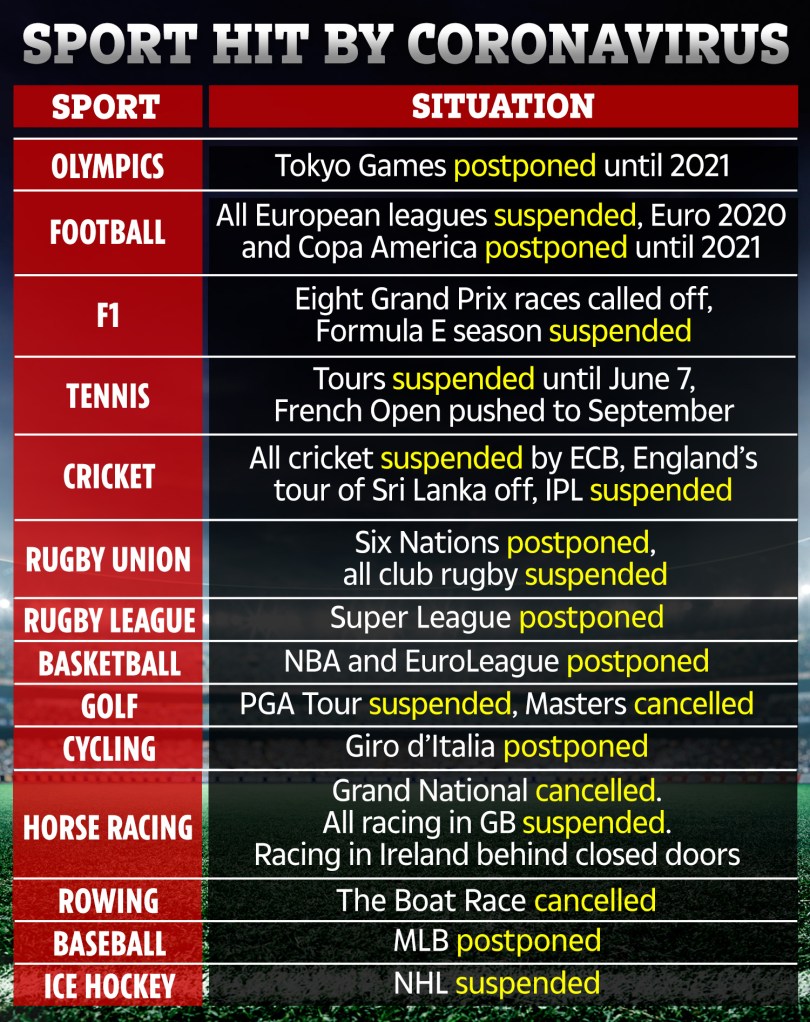 Most read in football

Henderson and Maguire lead stars as they donate £4MILLION to NHS

HE THINKS IT'S ALL OVER

Prem chiefs to END season due to coronavirus, claims Serie A chief

Liverpool legend Riise and daughter, 19, taken to hospital after 2am car crash

Discussions are said to be at an “exploratory stage” with the TV companies still in the dark on whether it will get approval.

But with fans without any live sport to watch, Sky and BT have been hit with complaints and questions on how to pause subscriptions.

It is believed the TV proposal will be discussed at another meeting with Prem bosses next Thursday.

Henderson and Maguire lead stars as they donate £4MILLION to NHS

HE THINKS IT'S ALL OVER

Prem chiefs to END season due to coronavirus, claims Serie A chief

Liverpool legend Riise and daughter, 19, taken to hospital after 2am car crash